I have heard people say that once their kids outgrow naps, they just have them read in their rooms during quiet time.  I’ve tried that.  It works for about 15 minutes.  Plus, if they share rooms with napping kids, it pretty much prevents the napping kid from napping.  I’ve tried all the tricks of setting up clocks, and teaching them when they can come down.  It hasn’t worked.  It’s still me going up and down hallways and stairs, threatening children to stay where I put them and for goodness sake, be quiet!

Combine that with my older kids who just have an overloaded look on their face these days.  They get to stay downstairs during quiet time, though all they seem to accomplish is getting on one another’s nerves.

I’ve been reading through The Life-giving Home by Sally and Sarah Clarkson, as I’ve mentioned.  They talked about how everyone in the house had their own corner, whether it’s their room, a closet, a nook or cranny, where they went for 1 hour a day to just regroup and rest.  They would draw, read, listen to music, just do whatever rejuvenated them.  It was a time to quiet the mind, and let it wander.  After all, we were designed for rest, and function best living within our design. 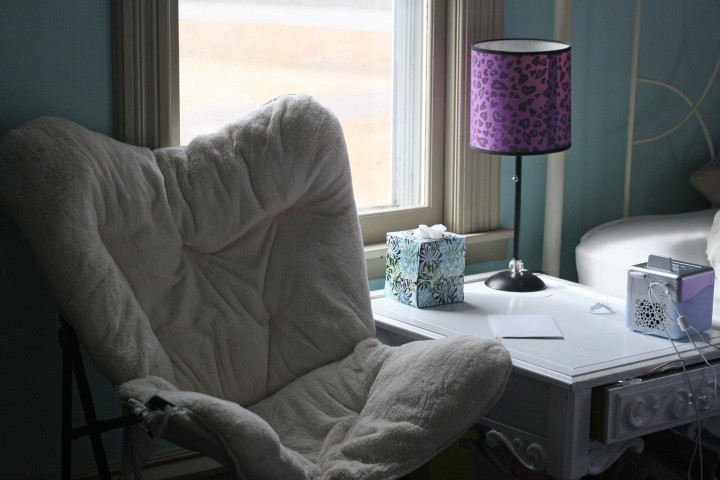 It dawned on me, that rest time as a family, the way I wanted it, required a sanctuary space for each child.  So I proposed the idea to my kids at breakfast one morning a couple of weeks ago.  I wanted to brainstorm how all 5 of our kids could get a sanctuary space, even though we have a 3 bedroom house.  We brainstormed various places of the house and finally decided that Silje would use the girls’ room as her space, and David would use the closet under the basement stairs.  Elias would use the boy room, and Solveig would be in my space in my room, and Ingrid would move her naps to my bed.  My room has 2 chairs, one for me, and one for Solveig.  It’s not the most restful time for me, as Solveig doesn’t stay still for long, but as long as I plan to take my rest time a different time, and don’t have any expectation of having uninterrupted time, I’m fine.  Plus, I’m only training 1 kid to be still.  The other ones actually are diving into the idea, and I’m not fighting kids from all sides. 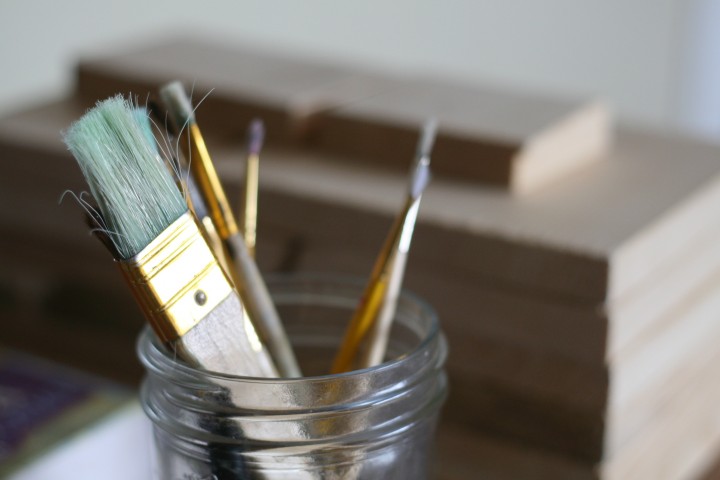 Step 1: The kids get to decorate their sanctuary space.  Surround their area with things that make them feel calm, rested, and imaginative.  Silje’s space is still a work in progress, because we are changing up their room a bit, moving out a crib, and moving in some bunkbeds.  That will take a little time, as the bunkbed is still in pieces in a box, and we are still short 1 twin mattress.  But we did do a deep clean of her room, and decluttered a lot of stuff to make it feel more at home.

David decorated his with some plastic cups all stacked up on a shelf in the little closet, and put up some streamers.  And for Elias, I put up a little sheet around his bottom bunk, so his bed felt cave-like, and he moved his special toys, and his favorite colored pencils and drawing pad up to the shelf by his bed.  Solveig is just tickled to be with Mommy during this time, and Ingrid just passes out on Knut and my bed, which is her favorite bed in the house anyway.

Step 2: Set up expectations.  So I told the reading-aged kids that they should spend at least the first few minutes in their Bible.  Silje and I are working through a Bible study together that we do just us on the weekends, so she does her work for that during her time.  David is reading through the book of Proverbs.  Elias is still such a new reader, that he just looks at his picture Bible.

We have established our quiet time to be after lunch chores.  Somedays we eat lunch at noon.  Sometimes it doesn’t get to the table until 1.  Sometimes lunch chores take 15 minutes, sometimes the kids drag their feet and it takes 45.  So whenever they are done, the hour starts.

Before, I took the little girls upstairs for naps as the big kids finished up their chores and then headed to their independent schoolwork.  That turned out badly several times a week.  Sometimes they’d completely “forget” to do their schoolwork until I came down after nap time.  Sometimes a chore was only half done, and I had to bring them back and have them finish with sullen whining.

Now I’m down there for all the chores, and can help them learn how to finish well.  They feel more accomplished, and don’t feel so discouraged all the time.  Plus, they do their chores faster, because they know they get to head to quiet time as soon as they’re done. 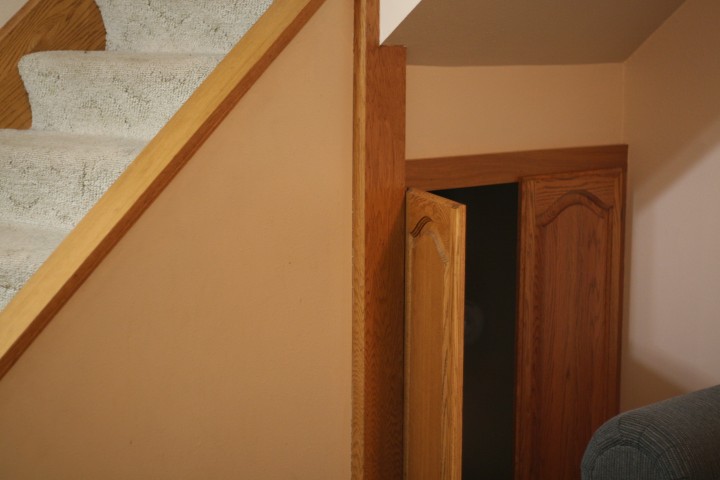 We set the timer for one hour, and everyone scurries to their sanctuary space.  The older ones start off with some devotions, and then move onto whatever they like to do by themselves without siblings messing with it.  The house is eerily quiet, but I think we are all getting used to it in a hurry.

The big kids especially look more rested.  Silje can read her books without interruption.  Elias can draw without someone bumping him.  David listens to audiobooks, and plays with his favorite Legos without anyone swiping his favorite pieces.  Afterwards, the big kids look like they have left the spa.

Ingrid is usually still sleeping, so we all sneak back to work, and return to our schoolwork while she finishes her nap.  The kids haven’t been fighting me at all for their afternoon work, and they are more focused.  This is is a brand new phenomenon.  I was thinking that forcing them to rest for an hour would just lengthen our schooldays.  Sometimes that has happened, especially in the beginning, but for the most part, they are so focused for their afternoon work that it goes faster and we end up finishing when we always did.  On the days we don’t, we often have to stop school, go to an activity scheduled on especially full days, and finish up doing “homework” at night, though it’s rarely more than 20 minutes or so.

Even at 9am today, David said, “I just can’t wait for quiet time today.  That was the best invention ever.”  Silje said, “I feel like I get my sanity back for the day during quiet time.  It’s just nice to be alone for a little bit with my own thoughts.”